I am a former Graphic Designer who graduated with a BA Honours in Filmmaking & Screenwriting and have been working as a freelance filmmaker for over ten years.

Most recently I was Lighting Cameraman in the documentary, 'The Collins Variety Agency' which was aired on BBC2. As well as currently directing my own self-written short film 'Socks', which will shortly be screening at Festivals. I was also Director of Photography on the Short film 'TAM', which I have been nominated for best cinematography at the Amsterdam IFF. 'Tam' will be screened on the BBC early in 2019.

As well as other broadcast work, I freelance regularly with theatre companies including National Theatre of Scotland, and have filmed many performances like 'Black Watch', 'The James Plays', 'Macbeth', 'Cyrano de Bergerac', 'Let the Right One In', 'The Strange Undoing of Prudencia Hart' and 'Our Ladies of Perpetual Succour'. Trailers which I have filmed and edited include the NTS productions 'Adam', "The Last Dream" and 'Submarine Time Machine' as well 'Crazy Jane' for Birds of Paradise Theatre Company, 'Aladdin' for Perth Theatre, plus many other trailers for several theatre companies. I have also been on stage as a camera operator for the critically acclaimed Vanishing Point production "The Destroyed Room" which toured the UK.

Other recent work includes the documentaries "Auschwitz: The Visit" and 'The Magic Behind the Mask'. The former was recently played at The Beacon Museum in Whitehaven as part of the Art Exhibition – 'Auschwitz: Understanding the Past, Facing the Future'. Over the last year I have also been working on monologues and scenes with the 3rd year acting students at The MGA Academy of Performing Arts in Edinburgh. Other regular clients include the creative agency Greenlight Creative, as well as Vision Events Glasgow where I cover events such as the 'Great Scot Awards’ and the 'Scottish Sports Person of the Year'. 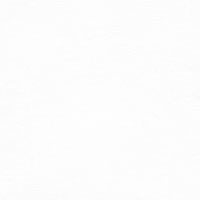 Still have questions? Contact me using the form below

Send me a message